How To Move Better!

Primal Movement – The Moves Our Ancestors Did…And Why We Should STILL Be Doing Them!

When I speak to clients about Primal Movement patterns, I introduce them to the moves that our ancestors performed on a day to day basis…not to workout, but simply to stay alive.

From an evolutionary perspective, our bodies have evolved for some 80,000 years being adept at performing a huge variety of movements over all 3 planes of movement. Somehow, somewhere along the way many of us appear to have lost our way, sitting for many hours per day, adopting bad posture and limiting our ability to move. With this, a whole host of orthopedic injuries/restrictions are invited in to our lives, leading to pain and medication as a sadly accepted “norm”.

So what are Primal Movement patterns exactly and what exercises could I now do to replicate them in the Gym?

1) Push – Push pattern would have been a key pattern used to move heavy objects, or for combat.

2) Pull – Pull would have been used primarily to pull heavy loads such as food to a safe place.

3) Bend – To build shelter, prepare food, bend would have been a regularly used pattern.

4) Twist – Twist may well be the most important primal pattern. It’s rarely used on its own, but was integrated in to throwing, vital for killing food and for defence.

5) Squat – Used primarily to move heavy objects, today we now squat to sit down and to get in and out of cars.

6) Lunge – An essential pattern used for moving through rough terrain. Inability to lunge properly today can lead to a multitude of compensatory injuries.

7) Gait – Walking, Jogging and Running. We now walk too little and rarely sprint, we were designed to do all 3.

Physical Intelligence, sometimes known as “Kinaesthetic Intelligence” is the ability to use our body in highly differentiated and skilled ways. Research has shown that by introducing new, more complex movements in to our daily regime we may be able to reduce cognitive decline as we age.

Introducing new movements into your exercise regime adds a zestful new dimension to your workouts. The primal movements listed above can be made harder or easier depending on your individual skill level.

My recommendations as always is to have a full check up with your GP if you haven’t exercised for over 5 years. I would also recommend visiting a skilled CHEK Practitioner for a full movement screen as they may be able to unlock areas of physical restriction that may limit your ability to move to your full potential.

If you currently exercise and your routine is based primarily around 1 activity e.g running, introducing Primal Movements can help to improve your flexibility, agility and strength, as well as help to reduce injury potential caused by over stressing 1 particular movement pattern.

Even aerobic elite level athletes are often now found in the gym working on other movement patterns to help improve their individual athletic performance whilst reducing their risk of injury.

Ask yourself…When did you last learn a new physical move???

This could be a dance step, a punch, kick, forward roll…anything. Any new move that challenges your body and brain’s ability to coordinate in a new motor pattern is a great way to relieve the boredom from a stale workout routine.

The body responds to new workouts remarkably well, gaining benefits for up to 6/8 weeks until the programme needs to be re-evaluated.

So, assuming you are fit and well, go learn something new. Have a go on the gymnastics rings, try kicking the punchbag, try kneeling on a swiss ball.

It’s an awesome way to stay in shape but most of all…It’s heaps of FUN!!!

Stuck for ideas? Drop us an email we’ll be glad to give you some pointers for free!

If I can be of any further help…Just ask!

During your no obligation consultation we’ll create a plan specific to your needs and goals, giving you the tools to take back your fitness

Thank you for submitting your request 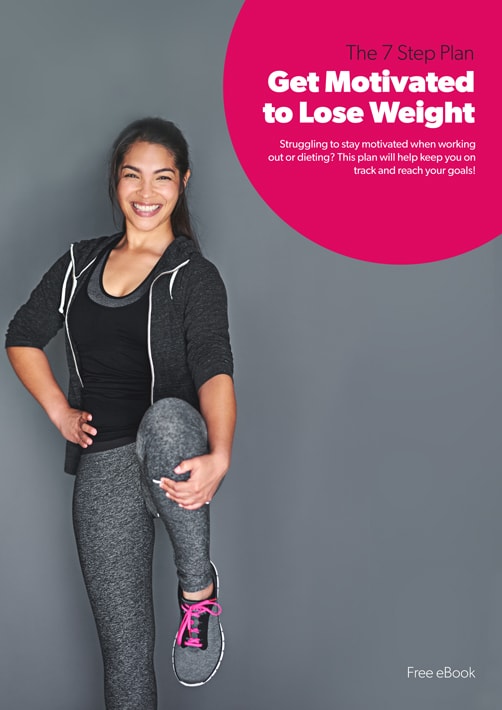 7 Steps to Boost Your Motivation

Struggling to stay motivated? This plan will help keep you reach your goals!

Thank you for submitting your request

What type of Exercise is best?